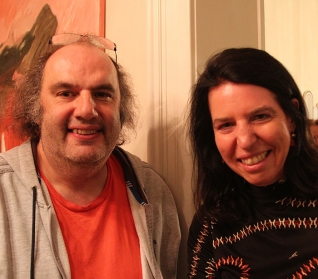 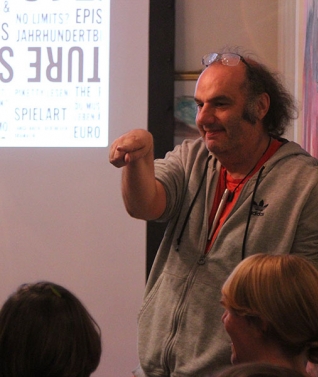 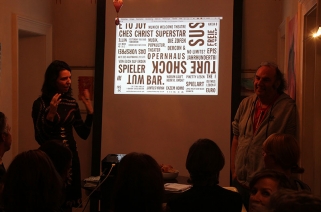 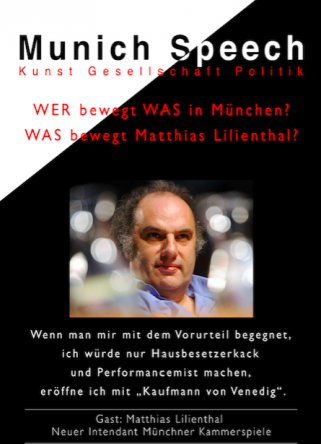 Mission statement: When confronted with the accusation of only creating squatter bullshit and rubbish performances, I open with „The Merchant of Venice“.
Topic: Matthias Lilienthal starts as new director of the Kammerspiele Munich on the 9th of Oktober and gives a preview about his visions and plans for the theater.

Matthias Lilienthal had promised to his directorate that the Munich Kammerspiele would change. Multiple theater projects, plays as „work in progress“, short-time „flash-guest performances“, new cooperation with freelance theater groups and even mini operas – all that was announced for the new season of the traditional theater.

A huge wave of discussion followed and also took place at the Munich Speech (2nd of October) one week before the great opening night on the 9th of October 2016.