We go with the times, technically and in terms of content. That is why we produce talk formats for TV or as live streams via Zoom or Instagram. We also use the social media channels. Image film and commercials are also in our repertoire. The films are ideal as presentation tool or teaser for conferences, round table talks or websites.

We have extensive experience in a broad range of formats from the coverage of cultural contents to design and furniture topics (imm cologne), food (anuga), energy (Vattenfall), up to pharma (Schering). 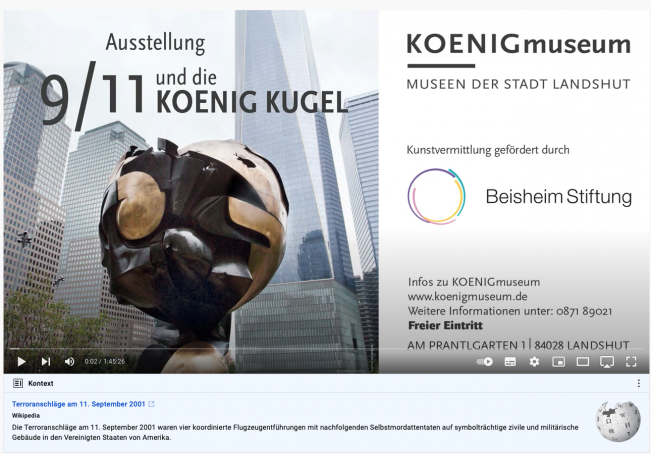 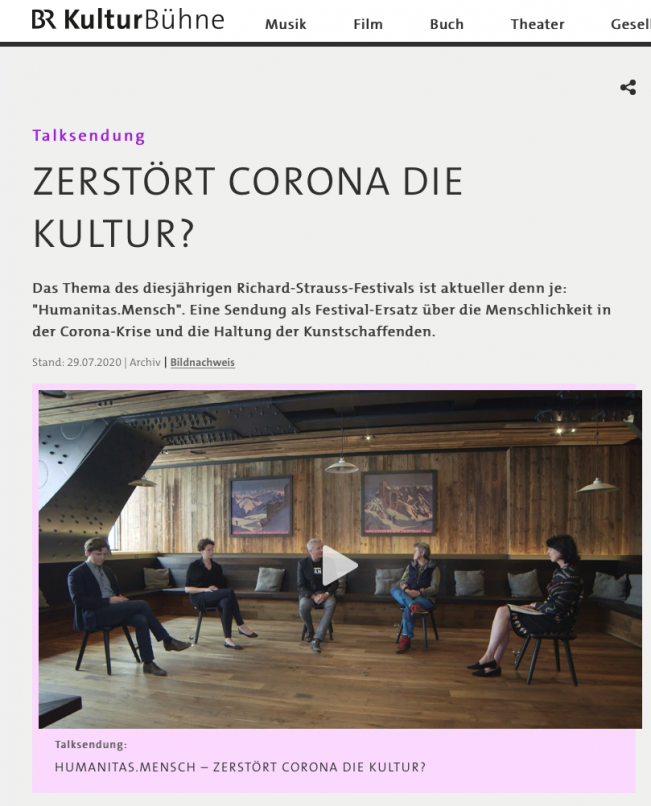 BR KULTURBÜHNE TALK SHOW "IS CORONA DESTROYING CULTURE?" A broadcast as a festival replacement about humanity in the Corona crisis and the attitude of artists. The Richard Strauss Festival Garmisch-Partenkirchen 2020, which has been taking place in June for over 30 years, has been canceled by the Garmisch-Partenkirchen District Office. In order to keep it awake after the cancellation, a talk show was produced with the support of BR KulturBühne, which deals with the main theme of the festival: HUMANITAS.MENSCH has become extremely socio-political since the lockdown in mid-March. The program deals with humanity in the Corona crisis, with the attitude of artists and finds the question "Does Corona destroy culture?" to an unexpectedly positive quintessence. The conversation with four generations of prominent representatives of the music scene and an international photographer took place live on July 15, 2020 on the Zugspitze, one of the most prominent venues of the festival. Guests: Alexander Liebreich | Conductor and Artistic Director Richard Strauss Festival, Nomi Baumgartl | Photographer / Eagle Wings Foundation, Maximilian Hornung | Cellist and Sarah Romberger | Mezzo-soprano Moderation: Dietlinde Behncke | Cultural manager and Head of Communications of the Richard Strauss Festival under the umbrella of GaPa Kultur gGmbH i.Gr.

For several exhibitions, such as the international furniture fair "imm", the new kitchen fair "LivingKitchen", the supplier's fair "interzum", the food fair "Anuga", and the fair for food and beverage technology "Anuga Foodtec", we draft and realise image trailers. The trailers visually complement the fair's contemporary design aspects. The films show the international establishment of the major fairs, such as the "imm", the "interzum", and the "Anuga".

The trailers are being produced in several languages and shown at international press conferences in Europe, Asia and America. The films are also used on the internet. 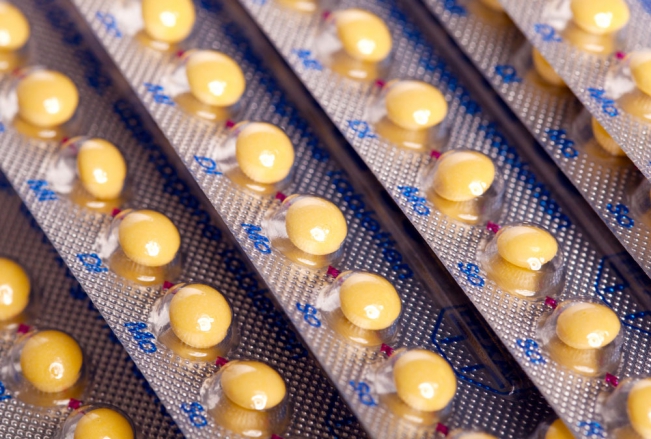 We were specifically involved in the strategic communication for the Pill's 40th anniversary celebrations and have designed/produced three documentary video trailers for it, themed "Freedom of Choice". We interviewed 40 men and women of different nationalities concerning the influence of the Pill on society, creating three testimonial films: "Society in change", "Cultural Differences", and "Future", receiving standing ovations from the 1500 guests at the scientific anniversary congress in Berlin.

For some products of the Schering AG we have exclusively produced image trailers, such as "MIRENA".