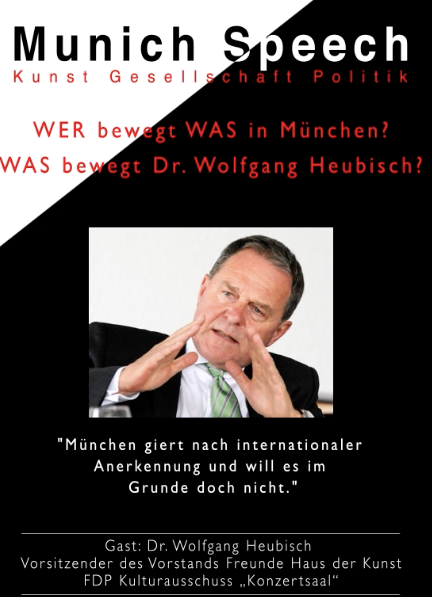 Mission statement: „ Munich is avid for more international acceptance but rejects it at the same time.“
Topic: Dr. Wolfgang Heubisch speaks about his goals for the “Freundeskreis des Haus der Kunst” (circle of friends of the Haus der Kunst) and the ongoing debate about a new concert hall for Munich.

Dr. Wolfgang Heubisch (Bavarian minister for science, research and art from 2008 to 2013) gave a resume about his first hundred days in the position of the chairman of the board of the Haus der Kunst and explained the re-building plans for the renowned museum.

Highly topical was also the discussion about the „new concert hall“, for which Dr. Wolfgang Heubisch had already campaigned as during his time as minister.